To share your memory on the wall of Doris Jean (Ralph) Bull, sign in using one of the following options:

Passed peacefully away at home on February 1, 2021, under the loving care of her devoted family, Doris Bull, age 95 years.

Passed peacefully away at home on February 1, 2021, under the loving care of her devoted family, Doris Bull, age 95 years.

Doris Jean Bull (nee Ralph) was born to Mildred (nee Lane) and Edmund Ralph at Glovertown on December 21, 1925. Doris grew up in Glovertown and spent time visiting Eastport during the summers.

She married the love of her life, Colin Bull, at St. John’s in 1950. They returned to Eastport and raised a family of five (three girls and two boys). Doris worked as a School Nurse and later as a Public Health Nurse over the course of her career. As the face of public health nursing in Eastport and the surrounding area, she became known as “Nurse Bull,” readily responding to any calls for her assistance day or night.

While raising her family and practicing her profession, Doris still found time to be active in local groups, such as Girls Auxiliary Leader and the Lions Club.

Resting at Oram’s Funeral Home, Eastport. Visitation will be 2-5 p.m. on Thursday, February 4. Due to current COVID restrictions, attendance at the funeral is by invitation only. Funeral service will take place at 2 p.m. on Friday, February 5, at Holy Cross Church.

In lieu of flowers, donations may be made to Holy Cross Church, Eastport.

Funeral Service will be live streamed from our Facebook page - Oram's Funeral Home, at 2:00pm on February 5th.

We encourage you to share your most beloved memories of Doris Jean here, so that the family and other loved ones can always see it. You can upload cherished photographs, or share your favorite stories, and can even comment on those shared by others.

Posted Feb 05, 2021 at 12:18pm
On behalf of the members of the General Hospital School of Nursing Alumni Association I wish to extend to her family, our deepest sympathy on the recent passing of Mrs Bull.When we can safely resume our annual Alumni dinner, Mrs Bull will be remembered in the annual roll call and minute of silence for deceased graduates and her name will be recorded in our Memorial Book. Sincerely, Jeanette Walsh, on behalf of Robert Meadus, President, General Hospital School of Nursing Alumni Association
Comment Share
Share via:

Posted Feb 04, 2021 at 05:44pm
My deepest condolences to the family. Doris was a beloved figure in Eastport, for her skill, her kindness, her community work, and her pleasant manner. As a leader in the GA, Doris taught me and many other girls Home Nursing. I clearly remember our exam, which included making a hospital bed and learning to change a bed with the patient still in it. My corners are always mitred, Doris. Thank you for the memories.
Comment Share
Share via:
DL

Posted Feb 04, 2021 at 03:03pm
Angela and the Bull family, I was so sorry to hear of your Mom's passing. It doesn't matter how old our loved ones are when we lose them, their absence is nonetheless painful. I'm so glad I had the opportunity to know your Mom. It's been many years but I still remember her as a lovely, gracious person. Hold each other close and remember all the wonderful times you shared together.
Our deepest condolences, Donna and Brian
Comment Share
Share via:
D

Posted Feb 04, 2021 at 02:48pm
I spent a lot of time visiting while she was in Gander Hospital , as I sat with my sister Aggie Joy for weeks . We shared the same Name and knew each other since I worked at the Royal Bank in Gander and had lots of laughs and I heard there is tuns of Orange Pineapple ice cream in Heaven my love . May you rest in Gods arms forever and hug My sister for me please . Love Doris NOLAN NOWLAN
Comment Share
Share via:
R

Posted Feb 04, 2021 at 02:34pm
My sincerest condolences to Doris's family. I have such fond memories of my early career in public health being mentored by Doris and her veteran colleagues. She was a quiet professional but one with a wealth of wisdom and co heart full of compassion. All the residents of the Eastport Peninsula were truly her client caseload and she treated each one with the utmost dignity and respect. The lives of many of us were enriched by her guidance and her soft smiles. On a funnier note, I never took offense when she had a quick power nap during a staff meeting as I was sure she already knew what it would take me many more years to learn. Thank you to her family for sharing her with us for so many years; our lives are richer having known her. God Bless.
Rosemarie Goodyear
Comment Share
Share via: 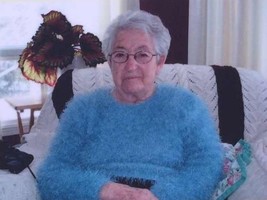