To share your memory on the wall of Christopher Clowe, sign in using one of the following options:

Christopher was the man of many sayings and was known for his heart of gold and love for the ocean, Ferryland Lighthouse and love for his family and very close friends. His family was his pride and joy. Christopher never had any biological children of his own, but he took in Janie’s daughter Hayley as if she were his own. The ten sweet years spent with family and friends in Hare Bay were nothing but the best.
His tragic death left many people impacted and broken hearted. He will forever be missed, and never forgotten.
Read Less

To plant a memorial tree in honor of Christopher Clowe, please visit our Heartfelt Sympathies Store.

There are no events scheduled. You can still show your support by sending flowers directly to the family, or planting a memorial tree in memory of Christopher Clowe.
Plant a Tree

We encourage you to share your most beloved memories of Christopher here, so that the family and other loved ones can always see it. You can upload cherished photographs, or share your favorite stories, and can even comment on those shared by others.

Posted Nov 06, 2020 at 01:38pm
My sincerest condolences to all of Chris’s beloved family. Losing someone like this is terrible, and my heart goes out to all of you. He was a great guy, and will be missed.
Comment Share
Share via:
M

Posted Nov 03, 2020 at 06:14am
My deepest condolence to all the family. I remember Chris so well. A great guy who will be missed.
Comment Share
Share via:
OC

Posted Nov 02, 2020 at 08:24pm
We met Christopher when he help build my sister and brother- in - law’s house. A very friendly, pleasant man. We were saddened to hear of his tragic passing. Please accept our deepest sympathy.
Comment Share
Share via:
MC

Posted Nov 02, 2020 at 04:52pm
So sorry for your loss. My heartfelt condolences to Janie and Hayley and the whole family. May you find some peace in your memories at this time.
Comment Share
Share via: 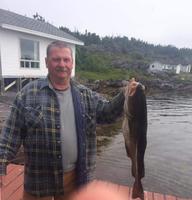