To share your memory on the wall of Ivy Millicent Brown, sign in using one of the following options:

Burial to take place on Wednesday, April 1, 2020 for immediate family ONLY. No funeral service at this time, celebration of life to be held at a later date.
Read Less

There are no events scheduled. You can still show your support by sending flowers directly to the family, or planting a memorial tree in memory of Ivy Millicent Brown.
Plant a Tree

We encourage you to share your most beloved memories of Ivy Millicent here, so that the family and other loved ones can always see it. You can upload cherished photographs, or share your favorite stories, and can even comment on those shared by others.

Posted Apr 02, 2020 at 06:15pm
So sorry to hear about Ivy's sudden passing. Our deepest condolences and prayers go out to all her family. May she rest in peace.
Rev. David and Marion Cook
Badger's Quay, NL.
Comment Share
Share via:
MB

Posted Apr 01, 2020 at 02:47pm
So sorry to hear about Aunt Ivy's sudden passing. Thinking about you all during this difficult time. Many happy memories of our visit's with her in St. John's, Sandy Cove and recent connection through Facebook. She was a wonderful lady with a heart of gold.
Love to all,
Mary Brown
Comment Share
Share via:
DB

Posted Mar 31, 2020 at 11:40pm
Words can't express our sadness of Aunt Ivy's sudden passing. We have so many happy memories of her and Uncle Frank. From first when we moved from Ontario to Eastport, to visits in St johns. We had many laughs and good memories. We will never forget their visit to Barry's up here in Calgary. Aunt Ivy's charm, warmth, kindness, and hospitality will be missed but never forgotten. Such a loving person. Rest in peace.

Posted Mar 31, 2020 at 11:01pm
With loving memories of dear Aunt Ivy. She was a beautiful lady. Sending our love and sympathy to all the family. Love Joanne & Greg Vincent 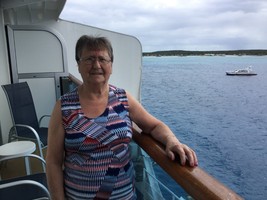 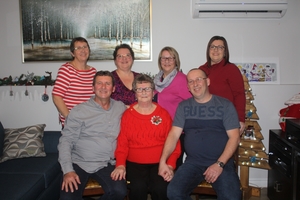 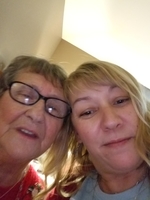