To share your memory on the wall of Stanley Collins, sign in using one of the following options:

Stan was a quiet and gentle man with a heart of gold who’s greatest blessing was his family. He was a loving Husband and Father and a hands on Poppy. He enjoyed attending activities with his Grandchildren. He was an active Lions member for 25 years and thoroughly enjoyed his meetings, rarely missing one during his service with the club. His greatest passions were sawing logs on his sawmill, fishing, reading, going to the cabin, watching Coronation Street with his wife, playing darts and cards, and talking on the phone. He was happiest on Sundays when all his family gathered around for Sunday Dinner.

On his behalf, the family would like to thank his family doctor, Dr. Govender, and the Doctors and Nurses on 6 East at St. Clare’s Hospital.

Death leaves a heartache no one can heal, love leaves a memory no one can steal.
Read Less

To plant a memorial tree in honor of Stanley Collins, please visit our Heartfelt Sympathies Store.

We encourage you to share your most beloved memories of Stanley here, so that the family and other loved ones can always see it. You can upload cherished photographs, or share your favorite stories, and can even comment on those shared by others.

Posted Jan 31, 2020 at 12:53pm
Tammy, Kirk and the Collins family,
Sending our deepest condolences. Our thoughts are prayers are with all of you at this time.
Lisa and Ron
Comment Share
Share via:

Posted Jan 31, 2020 at 08:40am
To Ann and all the Collins family members:
We were shocked and saddened to hear of Stanley's passing. There are no words that will make you feel better but please know that you are never far from our thoughts and prayers. We have many fond memories of all of you and are sure that God will wrap His strong arms around you all in these days. May your memories give you comfort and may God Himself give you peace! Much love to all. Majors Barry and Donna Anstey
Comment Share
Share via:
B

Posted Jan 30, 2020 at 07:12pm
To Families and friends:
Sorry to hear of Stanley’s sudden passing. Know that we are thinking of the family as you mourn your loss and celebrate his lifelong memories.
God Bless you all.

Posted Jan 30, 2020 at 09:57am
Across the miles and years, please know that you are thought about. Much peace to you all.
Sandra (Kelly) Hynes
Comment Share
Share via:
D

Posted Jan 29, 2020 at 10:54pm
To the Collins Family: We are sending love and virtual hugs to all you as you deal with this big loss in your family. We are praying that you will all find strength from God as you face the days ahead without your loved one. God will cover you with his arms of love and peace. Love & Prayers from Majors Debbie & Stan Higdon.
Comment Share
Share via: 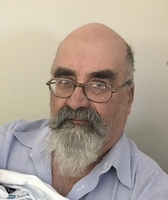 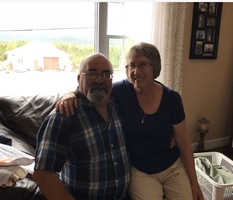