To share your memory on the wall of Oswald George Brown, sign in using one of the following options:

Oswald was born on February 16, 1929 in Coley’s Point, Bay Roberts to William and Blanche Brown. He was the oldest of 6 children. At a young age, Oswald moved to Corner Brook with his family, where he met his first wife, Shirley. Together they had eight children. He later married Eileen Starkes of Hare Bay. Oswald and Eileen had one son and two step-children. Oswald had a passion for his guitar, which he could usually be found playing, much to the delight of everyone around him. He also loved to go camping in his RV and his guitar went with him wherever he travelled. He lived life to the fullest, finding joy in the simple pleasures of music, family and friendship.

He is predeceased by his parents, William and Blanche Brown, Brothers; Arthur, Herman and William Jr. and sister-in-law Joy.

His Journey has just begun.

We encourage you to share your most beloved memories of Oswald George here, so that the family and other loved ones can always see it. You can upload cherished photographs, or share your favorite stories, and can even comment on those shared by others.

Posted Dec 29, 2019 at 01:23pm
My uncle was always a teacher, if you had a question he answered you and showed you if it was mechanically inclined. Uncle Is was always a mentor and a great friend outside of being an uncle. He never turned me away and always embraced everything I did in life. As in turn I never forgot who my uncle truly was and is. I never judged less I be judged and that was our life together. Love and understanding. I'll miss you uncle but I will live and repeat in my life everything you shared with me. Xoxo Timothy M Collins
Comment Share
Share via:
RC

Posted Dec 28, 2019 at 04:56pm
Our sincere condolences to Eileen and family. Sherry and Shawn, Roselyn and Terry and Rita and Mike. From Don & Ruby Collins.
Comment Share
Share via:
SC

Posted Dec 28, 2019 at 12:57pm
To all the family of the late Ozzie Brown, Our thoughts and prayers are with you, May our Lord wrap you in His loving arms and give you all the comfort at this very difficult time. God bless xo
Sherry, and Reg Collins
Comment Share
Share via: 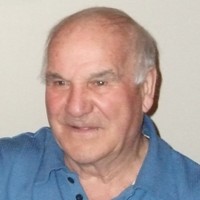